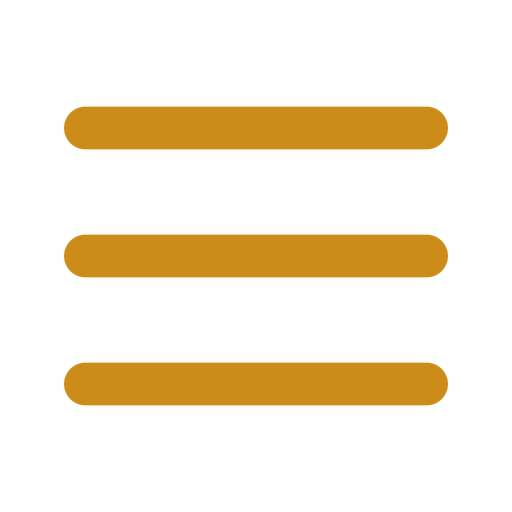 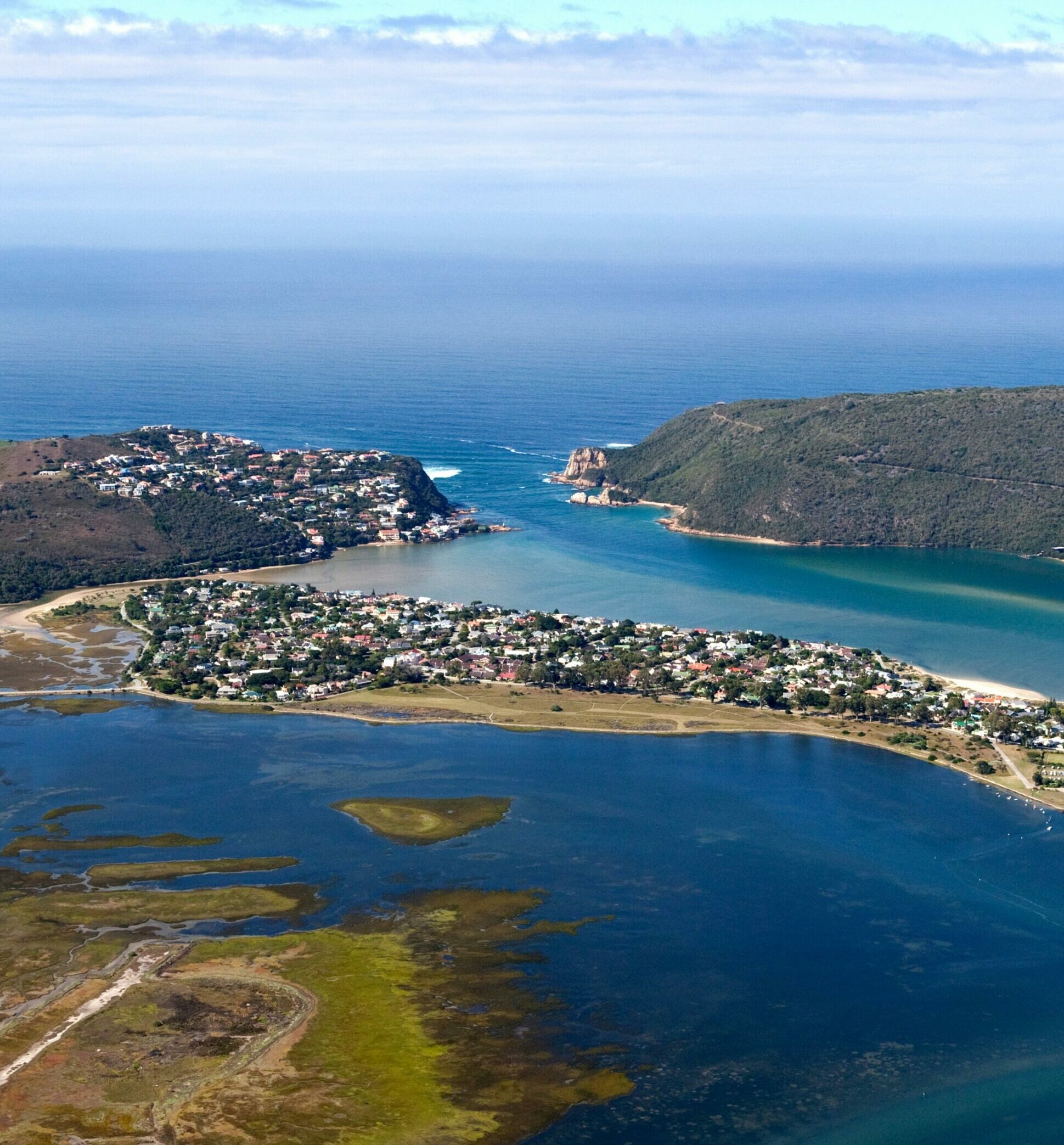 The word Knysna comes from a word in the Khoi language. It is thought that the word refers to the Knysna Heads, two sandstone monoliths which guard the entrance to the Knysna Lagoon from the Indian Ocean.

The Khoisan people who inhabited the Garden Route were displaced in the 17th century after the arrival of Dutch settlers. The town of Knysna was founded in 1804 by George Rex who was thought to be the illegitimate son of King George III, and settled his family on the shores of the Knysna Lagoon. The land was covered in indigenous forests and so began Knysna’s famous timber trade.

It was difficult to move timber by ox-wagon so George Rex proposed building a harbour and in 1817 the 188-ton Royal Navy brig Emu made the first attempt to enter the lagoon through the Knysna Heads. Unfortunately she struck a submerged rock in the channel and had to be beached to stop her sinking. Later that year the ship Podargus arrived to fetch the cargo and crew of the Emu and managed to find a safe passage through the Heads into the lagoon thus paving the way for a shipping industry in the area.

In 1817 Knysna became a port for naval and commercial ships. Ships entering the lagoon brought in goods and shipped out timber. In 1820 George Rex ceded some of his land to the British Admiralty to allow them to build a port in the lagoon. Unfortunately this project was never completed as fires destroyed the buildings.

In 1830 the first ship built in Knysna using local stinkwood was launched. The ship weighed 140 tons and belonged to George Rex.

In 1885 gold was found in Millwood, about 25 kms outside of Knysna, deep in the indigenous forest. But the gold rush was short-lived and 10 years later it had petered out.

In 1881 Knysna was declared a town, but the use of the harbour had ceased and goods and supplies were transported by steam train 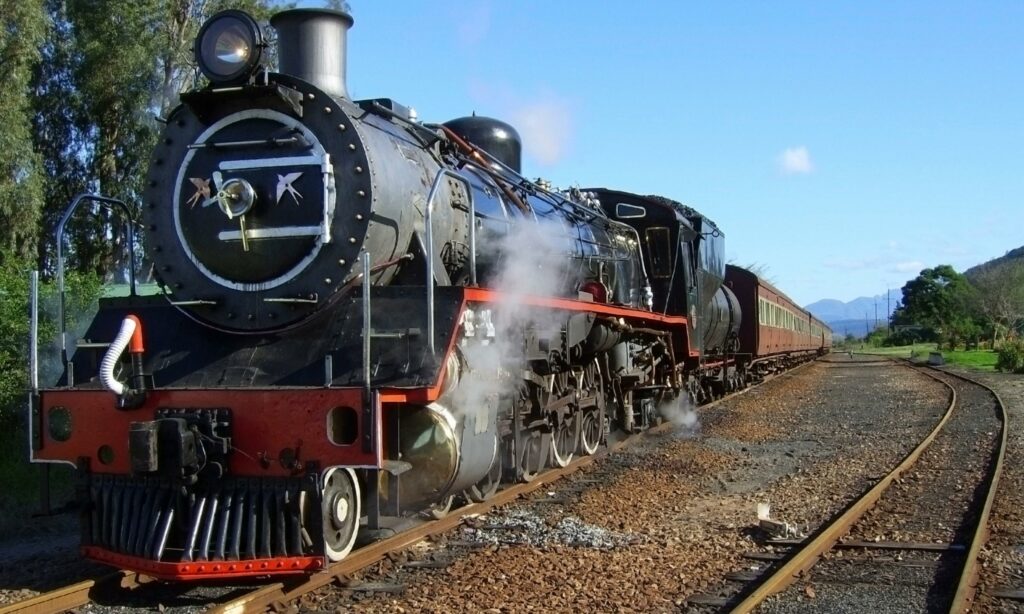 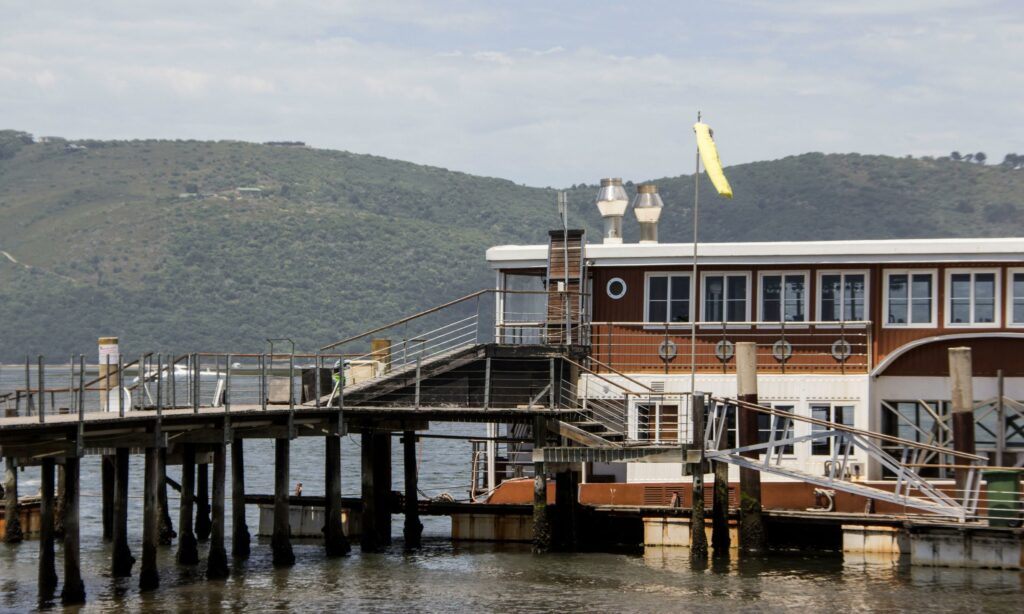 Knysna has grown enormously and today accommodates a population of over 80,000. It has excellent schools, including Knysna Primary School, Oakhill Private School and Knysna Montessori as well as various pre-school facilities. Knysna was listed as the 19th most loved destination around the world in the 2021 Tourism Sentiment Index which tracked the sentiment of travelers online across 1.8 billion conversation and content pieces in 2021.

The state-of-the-art Knysna Private Hospital (just five minutes from Sparrebosch) has an adjoining Retirement Village and Frailcare Centre. The clinic accommodates a number of medical practitioners including GPs, dentists and specialists.

To accommodate the building boom of the last decade, a number of architects, reputable building companies and design and décor specialists now offer their services in Knysna.

The Knysna Mall has Woolworths as an anchor tenant and houses many well-known chain stores. Most major supermarkets are represented in Knysna including Super Spar, Pick n Pay and Checkers.

Knysna boasts many excellent eateries offering a variety of dining experiences from coffee shops and bakeries to fine-dining restaurants. The Knysna Waterfront and Thesen Harbour Town provide many specialist shops and restaurants and the opportunity to dine alfresco while you watch the activities in the small harbour and on the lagoon.

Knysna is a thriving tourist destination and was twice voted South Africa’s Favourite Town. There are many attractions for residents and visitors alike. A plethora of excellent accommodation establishments includes four hotels, guest houses, B&Bs and camping facilities.

The town is built around an enormous estuary and surrounded by indigenous forests and pristine beaches which provide a natural playground for sports enthusiasts. Mountain biking, hiking, surfing, fishing, sailing, swimming and canoeing are popular activities. Featherbed Nature Reserve on the Western Head is an international tourist attraction and ferries provide regular excursions across the lagoon to the reserve.

The area is a golfer’s paradise and there are a number of excellent golf courses between Mossel Bay and Plettenberg Bay.

There are a myriad of gift shops, art galleries, pubs and clubs as well as a well-stocked library. Or you can go back in time and visit the Old Fort, the Old Gaol, churches, the museum and Millwood goldmine to discover Knysna’s history.

A variety of animal sanctuaries provide visitors with the opportunity to get close to Africa’s wildlife, including the Knysna Elephant Park, Monkeyland and Birds of Eden.

Knysna is also home to a number of rare and endangered species including the Knysna Seahorse (Hippocampus capensis), the Knysna Turaco (previously known as the Knysna Loerie), the rare Knysna Dwarf Chameleon (Bradypodion damaranum), and the Brenton Blue Butterfly. It is believed that Knysna Elephants, which once roamed freely in large numbers in their natural habitat, have survived, and as many as five are believed to live deep in the Knysna Forest.

If you have not registered yet. Please fill out the form below and your login details will be sent to your email.